Everything You Need to Know About Distribution

If you want to start a label, or do a label’s functional job for your own musical project, just start doing it and figure it out as you go. Here are some things that might help you and save you some time if you choose to take this path as well.

Musicians Who Waited Forever to Quit Their Day Jobs 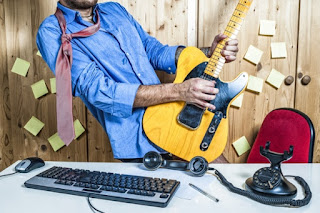 If you’re working a day job to fund your music career, you may feel like you haven’t “made it” yet as a real musician. But when you consider the paths of many famous musicians, you’ll notice that working a “regular job” while pursuing music on the side is something that many now-iconic artists have done.
In fact, many successful musicians kept on working at their day jobs, even after “making it big” in the music business. Here are eight musicians who held onto their day jobs while building their music career.
Read more »
Posted by Brody Ramone at 9:00 AM No comments:

6 Ways for Musicians to Use Snapchat Spectacles

Even if you're just a casual user of the photo-sharing platform Snapchat, you've probably heard about Spectacles. This special pair of glasses manufactured by Snap Inc., Snapchat's parent company, 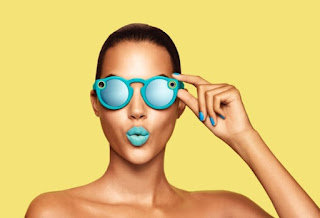 allows users to snap hands-free with a quick tap. Until recently, these chic gadget accessories were only available from roving bot kiosks, but as of recently, they're now for sale online.
You may already be using Snapchat as a way to share your daily musical activities, but with Spectacles, the possibilities are virtually endless. Here are six ideas to get you started.

Think Outside the CD: 3 Simple Steps To Releasing Your Album on USB

Let’s face it: the game done changed. Nobody expects to pay for music anymore, and if you want 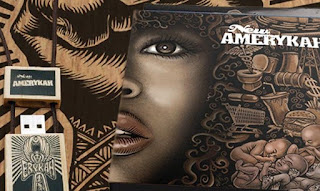 people to buy your stuff, you better offer them something great. So, unless you’re content with just your mom and Uncle Jimmy buying your new album, step it up. Offering the same old CD as every other band on the planet has become stale, but if you’re still interested in putting out a physical product in this digital world, there is an interesting hybrid: the USB thumb drive. By creating a unique packaging experience (while still providing music in a format that everyone can access), you’ll be one step ahead of the game.

3 Ways To Tell If A Music Company Is Scamming You

While there are many reputable companies and organizations in the music industry – in fact, the vast majority are on the up and up – there are a few that like to prey on the unaware. While I can't give specific names (and even if I could, there are likely ones that haven't hit the radar yet), here are three hallmarks to watch out for to know whether or not you're about to get scammed.

Read more »
Posted by Brody Ramone at 9:00 AM No comments:

Performing is something musicians do, but not all musicians perform. For those of us musicians who don’t like to or choose not to perform, we can be confused about our musical identities. Should we even consider ourselves musicians? (Yes, a thousand times yes.) But we don’t actually do what musicians “do.”

Maybe you’re introverted and the idea of a crowd listening and judging something that is so personal to you is a major source of anxiety. Maybe you just really prefer sleeping regularly in a bed over touring in bus to play shows. Or you decided to choose the music degree that didn’t require you to play a yearly recital because that was just “not your style.”


Whatever your reasoning, it’s totally understandable. Not everyone wants to be Taylor Swift and sell out stadiums, but we definitely still want to involve some part of our life in making music and creating content.
So what options are out there for those of us who are just not into taking the stage? Try these worthwhile musical pursuits.

Read more »
Posted by Brody Ramone at 9:00 AM No comments:

No Room For Divas: Why You Should Leave Your Ego Behind

Promoters are doing you a favor by booking you

Whether you’re a headliner or local support, promoters put a lot of effort, time, and money into getting people out to your performance. Often, this is at the risk of losing money or not breaking even. Now, I’m not saying you shouldn’t be upset with promoters who do bad jobs, but respect that they’ve gone out of their way to book you.
See, most promoters I know, “big time” or not, don’t make their living off of booking, especially for bands like yours and mine. If you’re a local artist, thank everyone who allows you onto their events and try to maintain a good relationship with them. Do your best to get as many people out as you can and promote yourself to the best of your ability.
If you’re from out of town, be grateful that someone went out of his or her way to get you in front of people. Whether you have a draw or not, there’s still work that goes into setting a show up. A promoter often books artists on chance their show will be profitable, not a guarantee of it.

Everyone you play with is your equal
It’s natural to talk about other bands behind closed doors and to dislike their music or their personalities sometimes. But as a musician, a performer, and an entertainer, they're your equals. If you’re a local band, every other local you play with is part of your local scene. They're your peers whether you like it or not.
It's my belief that you should try to catch at least part of each artist’s set. You, in all honesty, are a part of their draw and their audience. If you can’t do that or are leaving early for some reason, at least try to talk to them a little bit or grab some merch.
If you’re on a touring circuit, I’d argue the same actions are good, even though they're not always essential. It can be draining to watch a local band every night for two weeks in a row, especially when they often aren’t very good. And, of course, you could have been driving for eight hours and haven’t eaten since last night, so you’ll want some food before you play. But at least thank the locals for playing and for bringing people to see your sorry self. You’re not any better than them because you’re from out of town, and they showed up to help you have an audience.

Fans and showgoers are the fuel for your career
People who watch you and buy your music are the ones who keep your career going. You could be the most talented musician ever, but without people to watch you or buy your music (i.e., no demand), you’d just be playing for your stuffed animals forever.
How many venues have shut down due to people not coming out to shows? How many tours have been unsuccessful because people weren’t buying merch or sticking around to watch the bands? Fans and showgoers are just as important as the artists they go to watch. So when they’re watching you, thank them for coming out and say it like you mean it. Showgoers being there isn’t something you deserve – it’s something you’re very lucky to have.
To the self-entitled musicians: do you see yet that there's no room for your ego in this game? Every player contributes and is essential for a win. Everyone offers the scene and industry something valuable and necessary to keep it going.

[via SonicBids]
Posted by Brody Ramone at 9:00 AM No comments:

Email ThisBlogThis!Share to TwitterShare to FacebookShare to Pinterest
Labels: From The Stage
Older Posts Home
Subscribe to: Posts (Atom)
WANT TO BE HEARD?